Introduction: Welcome to the Mother of all Battles 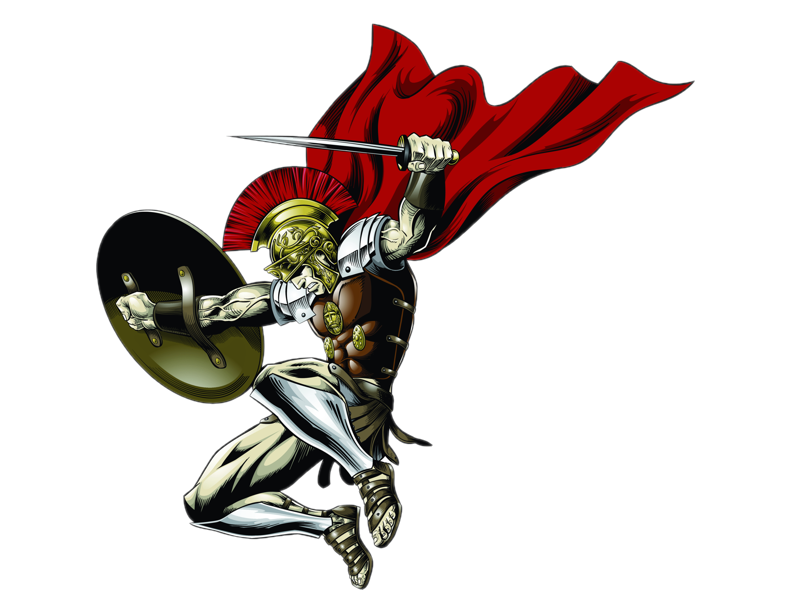 Listen, my beloved brothers, has not God chosen those who are poor in the world to be rich in faith and heirs of the kingdom, which he has promised to those who love him? ~ James 2.5

The Universe Is at War!
If you are an urban Christian, you are caught up in a great battle, a single conflict which is part of a larger war. Yes, the universe is at war, with everything in creation at stake. The opposing forces are disciplined and committed, and in the end, there can only be a single victor. Believe it or not, understand it or ignore it, you still have a role in one of the greatest spiritual struggles in the history of humankind. With hundreds of millions of souls in play, we must each decide whose side we will fight on in this, the campaign of our time.

This motif of spiritual war is prominent throughout the Holy Scriptures, which tell the story of God’s commitment to rescue creation from the tyranny of the devil, to save humankind from the penalty and power of sin, and to call together a people from the nations who would belong to him through Christ, his Son. Our God is a man of war (Exod. 15.1-4), a great Lord who promised to send his Son who would be Champion for humankind and all creation, reconciling all things to himself, and establishing his reign in the earth.

The Promised Champion, Jesus of Nazareth

We know that Jesus of Nazareth was this promised Champion, who through his incarnation, death, resurrection, ascension, session, and return will accomplish God’s rule, including over the dark cities of our time. This basic biblical theology, this faith, is often referred to as the Great Tradition, and TUMI’s ongoing passion and project is to recover, articulate, and embody God’s truthful Story of redemption and restoration of the world that spans from creation to the consummation of all things. This is key to understanding what God is doing in the world, and central to knowing how we are to live as disciples of Christ in the city today.

The Bible tells the Story of God’s determination to restore his kingdom rule, anchored in his loving-kindness and covenantal faithfulness. The Lord God is determined to restore his creation and save out of all humankind a people of his own possession forever. God’s Story is authoritatively told in the Scriptures inspired by the Holy Spirit. The same Scriptures which reveal God’s kingdom purpose through the covenants to the Patriarchs lay out in detail the history of Israel, the person and work of Jesus Christ, and his Church.

Since the coming of the Holy Spirit, this Story of rescue and restoration has been cherished, celebrated, and guarded by the Church through the ages, the people of God, in whose life and faith the Story continues to be told, enacted, and expressed. In all aspects of our life together – our theology and worship, our spirituality and discipleship, and our service and mission – the Story of God’s glory and grace is embodied in us as witness to the world. We are players in the drama of God, a drama that is being acted out in the streets and neighborhoods of America’s inner cities.

We adopted the siafu ant as our model for the network. The writer of Proverbs spoke of the wisdom and ingenuity of ants who, as they worked together, could accomplish great things for themselves. “Go to the ant, O sluggard; consider her ways, and be wise. Without having any chief, officer, or ruler, she prepares her bread in summer and gathers her food in harvest” (Prov. 6.6-8). Although small and vulnerable as single creatures, they become a mighty and fearsome army when they stand together as one!

The SIAFU Network is a national association of Chapters anchored in local urban churches, organizations, and/or ministries specifically designed to identify, equip and release spiritually qualified urban servant-leaders to reach and transform the poorest unreached communities in urban America.

The mission of the SIAFU Network is to establish a viable, effective network of urban Christian men and women whose goal is to inspire each other to take full responsibility for one another’s lives and well-being, for their marriages and families, for their churches and congregations, and for their communities to advance the Kingdom of Christ in the city.

Our desire is to empower urban Christians to both befriend and mentor one another in order to equip each other to evangelize our unchurched family members and friends, to follow up and disciple new Christians to live the Christian life, and to serve as faithful stewards and servants in our respective Christian churches as outposts of the Kingdom where God has placed them. We also hope to collaborate together in order to identify, train, and release godly, spiritually qualified laborers who can plant churches and help spawn church planting movements which will target the unreached urban neighborhoods of America.

Facing a Great Need: The Inner Cities of America

At first glance, the cities of America (and the world) appear to be in trouble, even to be left out of God’s drama. Violence, crime, broken families, and despair haunt their streets and neighborhoods, with little hope of change or rescue. Even many Christians have given up, raising the white flag of resignation over the cities of the world, surrendering them to the control of the enemy. Long-term despair and doubt about what God can do in the cities have many believers consigning the cities to the control of the enemy, practically turning those who dwell in them over to those dark forces which prey on the vulnerable and neglected.

Yet, Jesus declared that the gates of hell would not prevail against his church (Matt. 16.18). Our cities can be won, healed, and transformed – all we need is for the brothers and sisters to unite in common purpose for Christ!

The need of the hour for the mean cities of America and the world is clear and plain. We must recruit every godly urban Christian to make themselves available to the Spirit in a new way. As warriors of the Holy Spirit, we must strive with every ounce of our being to mobilize urban disciples into a national community, a common brotherhood and sisterhood who share the same longings, experiences, and dreams as they represent Christ in the cities where they live! Everyone must be mobilized, outfitted, and deployed for service. No one, however young or old, can afford to sit idly on the sidelines during this stark and difficult battle. This is the time for urban churches, urban Christians, and urban leaders to redouble their efforts in the fight, and for everyone, regardless of their status or station in the Church, to report for duty to advance the Kingdom of God. This is the moment of our lives to stand, and to be counted for the Lord!

The SIAFU Network (pronounced see-AH-foo) is a practical means to enable urban disciples to stand together for Christ in the city!

Join the Movement: Consider Forming a Chapter of the SIAFU Network

With so much at stake in Christians answering Christ’s call to prophesy and demonstrate deliverance to the cities of America, my heart prayer is that you might consider forming a SIAFU Chapter in your local church or Christian organization. Where two or more disciples gather in the name of Christ, there he is in the midst of them (Matt. 18.20). I am convinced that if we were to mobilize urban disciples of Jesus for the honor and glory of Christ, and for the evangelization and transformation of our neighborhoods, Almighty God will visit us. God has shown in numerous historical contexts that, if his people take him seriously, prepare their hearts for a new move of God, and make themselves available to him to do great things, he can bring revival, renewal, and dramatic change to the city.

urban church brooklyn churchAmazingly, all the Lord requires to see this change occur is for his people to prepare themselves for his visitation and remember their shared calling and purpose in the Gospel. Who knows what the Father may accomplish through the millions of urban disciples who currently stand unused and neglected in our cities? What could God do if ordinary urban Christians became united and mobilized under a common purpose to see Jesus exalted in every urban neighborhood in America? We could be on the brink of genuine revival. The tip of the spear of that revival will be mobilized, motivated, and transformed urban disciples standing together for Christ in the city!

Let us who love the city affirm with all our hearts that God is raising up an army of urban disciples whom he is preparing to mobilize to advance his Kingdom and strengthen his Church. These will undoubtedly be ordinary men and women who love the Lord and their families, who love the Church and the Word, and who look for the return of Christ. God will use common folk who are filled with the Holy Spirit to mobilize an army to declare his praise. Won’t you join us, and represent the Kingdom of Jesus with honor, in your neighborhood, where you live? Everything is at stake in you joining this cause. May the Lord lead you as you consider playing your part in the great cosmic drama of our Lord!

A Brief Overview of the SIAFU Ant

The name for this new and exciting collaboration of urban Christians is taken from the example of the African siafu ant community, hailed by the Discovery Channel as the world’s fiercest and mightiest social community. A powerful example of community builders, their nests can hold up to twenty-two million members, making them the world’s largest social community and easily one of the most productive, inventive, and remarkable groups ever. Siafu are small, vulnerable, and pesky, easily overcome if you attack or seek to destroy one of them isolated and alone, as a mere individual.

However, when banded together in common unity for the single purpose of the survival and strengthening of the community, they are virtually invincible, taking down all kinds of different animals, from goats to buffalo, and (as has sometimes been reported) even elephants in their wake. Their ingenuity and industry (and absolute fierceness) are well known among those who study all the creatures of the insect kingdoms. They are a fitting symbol of the potential that urban Christian men and women possess if they only can unite for the sake of mutual inspiration, edification, equipping, and empowerment. The advancement of the Kingdom of God in America’s inner cities lies with urban Christians – identified, inspired, trained, and released for Christ!man on bench

One of the great challenges of urban Christians is their sense of isolation and aloneness, their inability to connect with others who share their dreams and struggles. The SIAFU Network intends to learn from the siafu ants, who have mastered the art of living in and for community.