The Season after Pentecost: Hope

As the dawn follows night, so our Lord will surely appear in power and glory to gather his own to himself, to make an ed of war and sin, and to restore creation under God's will. This is a season of the hope of Christ's soon return.

The Season After Pentecost (Kingdomtide) is a season of celebration, recognizing Christ's headship, a season of soul winning, affirming our role as laborers in Christ's harvest, and a season of expectation, grounded in the hope of Christ's return.

In one sense, this Season After Pentecost, is anything but what it is usually referred to in Church Year celebrating-circles: "Ordinary Time."

Dan Connors in his wonderful little book, the Liturgical Year, explains the meaning of "ordindary" in this designation of the Church Year's final season. “The word ‘ordinary’ in Ordinary Time doesn’t mean ordinary in the usual sense. Remember “ordinal” numbers – first, second, third? That’s what ‘ordinary’ refers to here. The numbered Sundays of the year outside of the special seasons. Yet ordinary time does not seem rather ordinary, it doesn’t bring any strong images to mind the way the other seasons do. In fact, the Sundays of Ordinary Time don’t all fall during the same time of the year.

To understand Ordinary Time, we need to understand the Church Year as a whole. We need to remember the essential meaning of all the other seasons and then think about the rhythms of time” (Mystic, CT: Twenty-Third Publications, 2005, p. 39).

At His Coming, God Will Make an End to War and Sin, and Restore Creation to Himself

The rhythms of time, of all time, will consummate with the coming of Jesus Christ at his return. Christians throughout the ages have yearned for the time when God will consummate his plan of salvation with the revelation of his Son at the end of this age. The darkness and shadow of this tragic human story, the Fall's dread and ugly curse, the costly punishment for our original foreparent's and our own will disobedience--death, will finally be overcome. The glory of God is destined to fill all heaven and earth, and God's own dear warrior-Son will put all enemies of the Father under his feet. This is our hope and our future!

Nothing could be more encouraging to us in the midst of a dark, foreboding, and confused world system than knowing that God the Father has set a time in his own sovereign will to shine his light into every dark crack of this world, and bring an end to this long, hard night of sin and sorrow and death. Truly, as the dawn follows night, so our Lord will surely appear in power and glory to gather his own to himself, to make an end of war and sin, and to restore creation under God’s will. The Season After Pentecost is a season of hope, the hope of a restored earth, a new humanity, and a consummated Kingdom. Only Christ can restore this creation, and we recall and remember this during this season, the season of hope of Christ’s soon return. 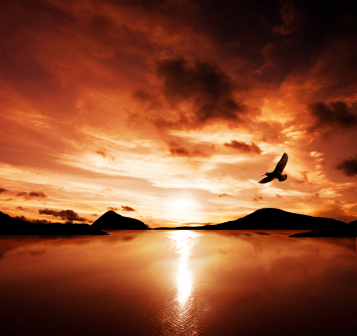 At the end of this remarkable time of expectation, we celebrate two feast days which underscore the remarkable character of our hope in the soon return of Christ. All Saints Day is our time as believers to remember those martyrs and saints, those heroes of the faith who came before us. It is also a time to especially recall and remember those who gave up their lives for the sake of Christ and the gospel. We affirm that the Church is the body of Christ, and that the living Savior now lives and is seen in the world through the words and deeds of his people (Jn. 14:12; Heb. 11; Rev. 17:6).

The second feast day at the end of this Season, the Feast of Christ the King, (also called the Feast of reign of Christ), is the last Sunday of this Season, and the last one before Advent. According to Scripture, our Lord Jesus Christ will return and finish the work he began on the Cross, to judge the world and save his own. The Feast of Christ the King, points to that day when the kingdom of this world will become the kingdom of our Lord and of his Christ, who will reign forever and ever (Rev. 11.15ff.). How appropriate to end the season after the coming of the Holy Spirit with a feast which honors the future reign of our risen Savior, the true Lord who one day will reign alone and supreme!

May our hearts's cry resound with the prayers of the saints of the ages in saying "Maranatha!" Even so, Lord Jesus, come soon!