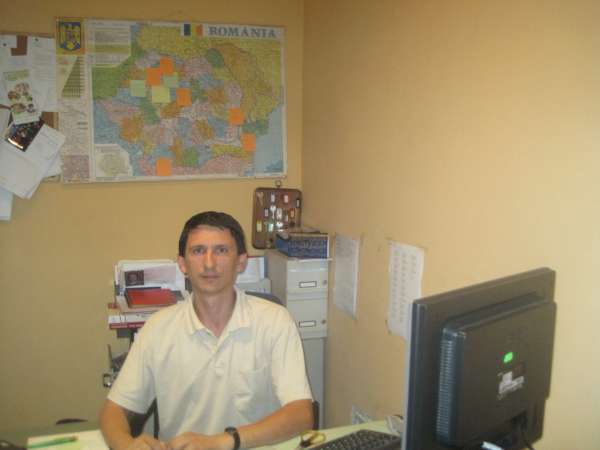 Believing strongly that effective Christian ministry cannot take place apart from the Body of Christ, TUMI is committed to enriching the life and outreach of urban congregations and their servant-leaders. Our programs and materials are designed to equip men and women to serve effectively in the context of a local assembly.

Furthermore, since half of the people alive today live in cities, and with this number constantly growing, TUMI believes that Christian leadership education calls for a special focus on urban ministry. Believing, too, that God has chosen the poor to be rich in faith and to inherit the Kingdom which he promised to those who love him (James 2:5), TUMI unequivocally holds that no one should be excluded for training merely because they cannot afford it, or lack the academic background to qualify for traditional seminary training. In light of this, we believe that God is raising up dynamic leaders from among the urban poor who deserve access to quality theological education.

Why We Believe in Training Leaders among the Urban Poor

God chooses the broken to confound the whole, the foolish to shame the wise, the poor to astound the rich, the base and the despised to shame the honorable, and the weak to humble the strong. God chooses and exalts what men tend to reject and despise (cf. 1 Corinthians 1:26-29).

Inspired by text above (and Jesus' quotation of it in Matthew 21:42), The Urban Ministry Institute has formulated a precise vision regarding God's selection and preparation of urban leaders. We believe that this text captures the gist of God's intention to raise up laborers for His harvest among the urban poor.

Jesus Himself is the Pattern For Urban Leadership Development
Most scholars believe this to be a proverb, but with a huge amount of an ironic twist: a stone (we are not told which one) that was originally rejected for building purposes by the very builders themselves winds up not simply being remarkably useful in the process. No, this stone despised by the builders (we are not told why they rejected it, either) turns out on further inspection to be the chief cornerstone, often called the bondstone or the capstone, the corner of the foundation, the crowning stone of all. In light of the plain NT references, this text has primary allusion to Christ.** Jesus, the Stone of Stumbling for the so-called "builders" in Israel who rejected His lordship, has now been exalted through the anointing and election of God. As the Stone laid in Zion by Yahweh Himself, Jesus is the Capstone, the Chief and Precious Cornerstone, Whom believed in and relied upon never disappoints (Isaiah 28.16).

This powerful messianic prophecy has a corollary truth conjoined to it that lies at the heart of both the Old and New Testament citations about God's choice and our rejection of it. A principle emerges that illustrates the complexity of God's divine irony in leadership selection. This principle clearly reveals the precise nature of God's choice of men and women to represent Him.

God's Choice of the Poor
God chooses the broken to confound the whole, the foolish to shame the wise, the poor to astound the rich, the based and the despised to shame the honorable, and the weak to humble the strong. God chooses and exalts what men tend to reject and despise (cf. 1 Corinthians 1:26-29). Throughout church history, this principle proves to be true. Only the Lord can determine what vessels he will use for the honor of his Son, and the advancement of his Kingdom. It is his choice alone; and, whomever he elects, so does he empower and direct!

Affirm God's Call to Leadership
This is the heart of the irony of God's use of men and women, and is testified in virtually every narrative involving God's choice. While people tend to look on the appearance of a person, the external background, history, training, pedigree, socioeconomic background, education, and other notable phenomena, God looks on the heart (1 Samuel 16:7). Whomever God calls and empowers accomplishes His task, and He tends to select those who even the most experienced find detestable. The strength and wisdom of God are best displayed through human vessels which are weak and foolish, and His grace is made perfect through weakness. Those people who appear to be useless, even to the keenest eye of the most experienced builders, may easily become the select vessel of God, not merely to make an exceedingly useful contribution, but through His grace and preparation, may even become the very cornerstone of God's enterprise. This is the heart of the divine irony of God's selection of His leaders.

Our Vision
On the significance of vision and passion, the Scriptures are clear: where there is no prophetic vision, the people perish--they cast off restraint (Prov. 29.18). The vision that inspires us, drives and encourages us, that moves us is rooted in a simple biblical axiom: God's method of transformation and mission is people. When God wants to accomplish something great for his namesake, he raises up a man or a woman on whom he can anoint, by whom he can fulfill his covenant promise, and through whom he can work. Above all else, TUMI is established on this essential conviction: God is raising up a new generation of Christ-centered servant leaders who are biblically equipped, spiritually vital, and technically competent to accomplish God's task of planting the Church in the cities of America and the world. Since our beginning, we have sought to live out this vision, and to see God work through his chosen vessels who would launch pioneer urban church planting movements. Our vision is to identify and equip God's called leaders who are emerging from and called to serve and plant these churches in these movements. We are trusting the Lord Jesus through them to spawn aggressive new church planting initiatives among the poor in America and across the globe, and thereby fultill the Great Commission among America's and the world's urban poor.

Our Purpose
The Urban Ministry Institute is a training and research institution that exists to equip leaders for the urban church, especially among the poor, in order to advance the Kingdom of God.

Habakkuk 2:2-4 (ESV) And the Lord answered me: "Write the vision; make it plain on tablets, so he may run who reads it. [3] For still the vision awaits its appointed time; it hastens to the end—it will not lie. If it seems slow, wait for it; it will surely come; it will not delay. [4] Behold, his soul is puffed up; it is not upright within him, but the righteous shall live by his faith."

Partnering with Indigenous Leaders for Church Planting Movements
As a Christian missions organization, we are committed to facilitating church planting movements by evangelizing, equipping, and empowering America's urban poor. Our vision is to recruit, empower, and release urban leaders who will plant churches and launch indigenous church planting movements. Our desire and commitment is to see the empowered urban poor advancing God's Kingdom in every city through the local church.

In order to attain this purpose, we will facilitate strategic alliances among urban churches and their leaders to trigger pioneer church planting movements that multiply thousands of kingdom-oriented churches among America's urban poor. We will do all we can to ensure that these churches are led by godly undershepherds serving congregations that hold to the canonical story and narrative of God's Son and his Kingdom in Scripture, that affirm and display the credal emblems of the Church, and which keep their reflection and practice anchored in the Scriptures in sync with the theological interpretation learned from the early Fathers. We will seek to strengthen their Christ-centered identity dispalyed in their Spirit-formed worship and community life, shaped in spiritual formation by historically orthodox doctrine, and expressed passionately in their kingdom-oriented practice and mission.

To Equip the Leaders and Churches Who Make Up These Movements
Furthermore, TUMI will strive to insure that leaders allied to these movements are equipped for effective urban ministry, and empowered to display and advance the Kingdom in unreached communities neighboring their own.

TUMI will strive to ensure that the leaders and churches arising from these movements participate as active members of larger networks of healthy assemblies where they can be edified through common worship and discipleship, dynamic, ongoing fellowship, and protected through effective structures of godly oversight and stewardship. Our goal is that every healthy church is allied to others of likeminded vision in order to collaborate in strategic projects of fellowship, giving, service, and mission.

To Spawn Aggressive New Church Planting Movements in America and across the Globe
Finally, TUMI will encourage urban evangelical leaders and their churches to join together in explicit unity for the purpose of fulfiling the Great Commission among the urban poor of the world. We will challenge all whom we encounter, both churches and movements, to contribute, cooperate, and coordinate their gifts and resources to provide pioneer witness to Christ and his Kingdom to every urban poor community on earth. Our intent is to begin with our own Jerusalems and Judeas here in urban America, and then to advance, as the Spirit leads.

Ultimately, we hope to assist these same church planting movements among America’s urban poor to rapidly multiply similar movements among the poor in the world's mega-cities, especially those recognized as Gateway cities within the 10/40 Window.