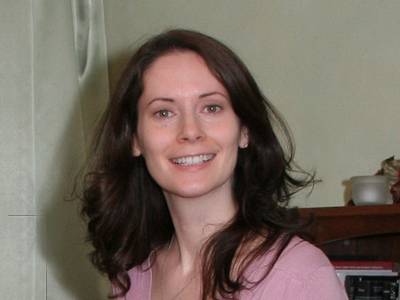 Carolyn was raised in Philadelphia and nearby Boothwyn, Pennsylvania, and graduated with a B.A. in Biblical Studies from Eastern College. Carolyn began ministry with World Impact in Chester, Pennsylvania, in 1995 as a volunteer working with children in Bible clubs, reading clubs, and the Frederick Douglass Christian School. In December, 1996, she married Dan Hennings and became a full-time missionary. They worked in church planting until June of 1998, when they moved to Wichita to join the team at The Urban Ministry Institute.

As Graphic Designer, Carolyn is our lead creator in the layout of nearly all of TUMI's resources, including the areas of desktop publishing, curriculum design, and the majority of our image and graphic respresentations.