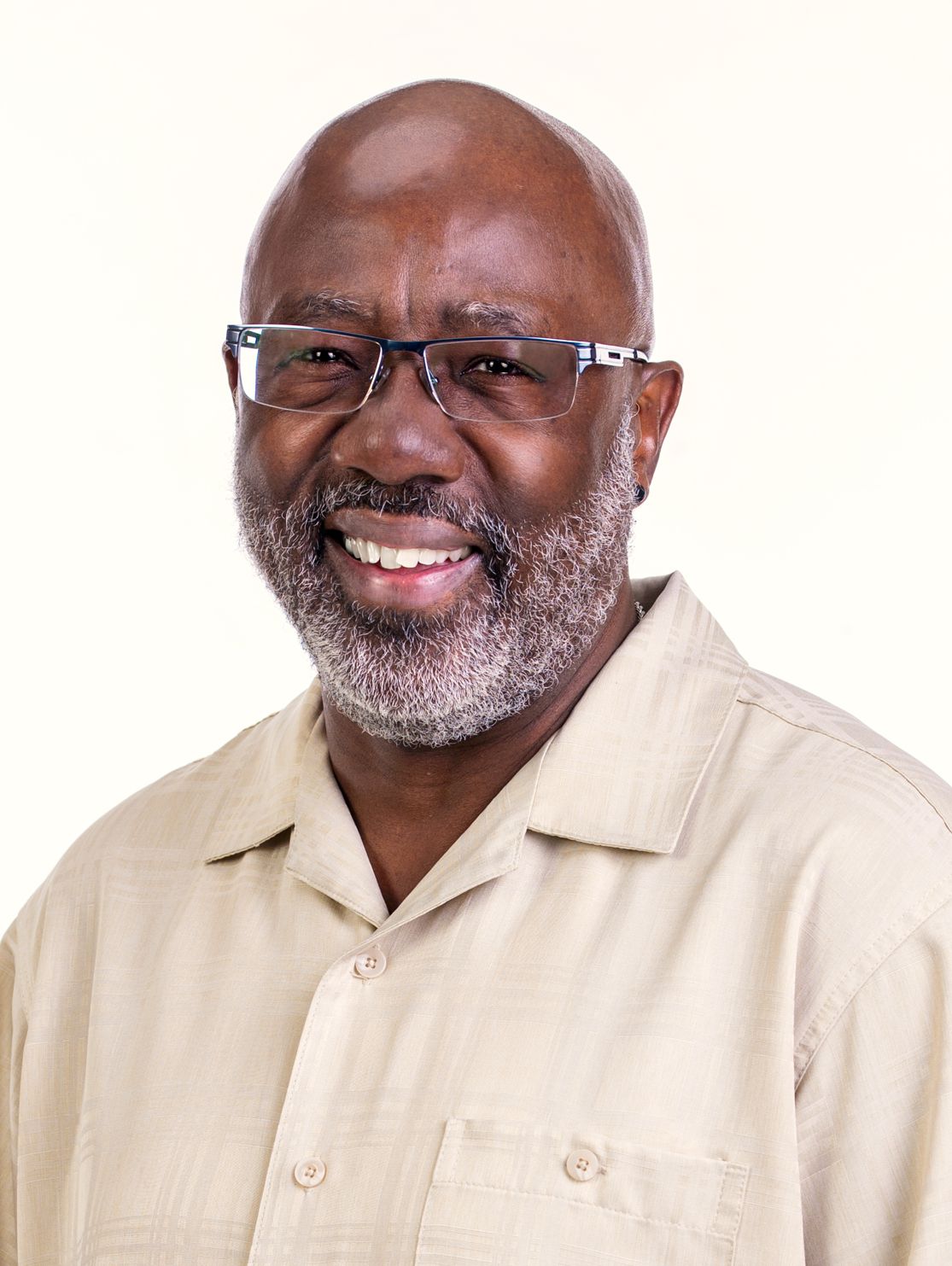 Rev. Dr. Don Davis is an ordained minister and native of Wichita, Kansas, is the Founder and Director of World Impact’s Urban Ministry Institute, a research and training center dedicated to equipping leadership and empowering movements for the urban church, especially among the poor, to advance the Kingdom of God in the city.

Rev. Dr. Don Davis is the Executive Director of the Urban Ministry Institute and Sr. vice president of Church Resources for World Impact. Although Don grew up in a godly Christian home he did not come to the Lord until 20 years of age, after a time in the drug life, and a season with the Jehovah's Witnesses. Dismayed at their strange confession and lack of assurance, and through an intense theological journey he came to see who Jesus of Nazareth truly was, God's Son and his own Savior, and accepted Christ. He immediately began serious theological work, sharing Christ with his lost friends and neighbors, and memorizing Scripture.
Don and his wife, Beth, joined the staff of World Impact in 1975, serving as community ministers. Five years later, Don was appointed Director of World Impact Wichita, and Vice President of Education. He has also served in pastoral ministries as a church planter, associate pastor, and lead pastor. Dr. Davis attended Wheaton College and Wheaton Graduate School and graduated summa cum laude in his B.A. (1988) and M.A. (1989) degrees in Biblical Studies and Systematic Theology. He earned his Ph.D. in Religion (Theology and Ethics) from the University of Iowa School of Religion (2000).

Don founded the Institute in the summer of 1995, serving as both professor and executive director, and today serves as World Impact's Senior Vice President of Church Resources. He oversees the training of urban missionaries, church planters, and city pastors, and facilitates training opportunities for urban Christian workers in evangelism, church growth, and pioneer missions. He also leads the Institute's extensive distance learning programs and facilitates leadership development efforts for organizations and denominations, such as Prison Fellowship, Fuller Theological Seminary, the Evangelical Free Church of America, and the Church of God in Christ.
Dr. Davis has been married to Elizabeth (Beth) since February 1975. Their oldest son, Matthew David, was 26 years old when he went home to be with the Lord in August of 2003. They have two other grown children, Joanna Davis-McEligatt and Daniel. Don and Beth are proud grandparents of August, Nadia, Ellenora, and Daniel, Jr. 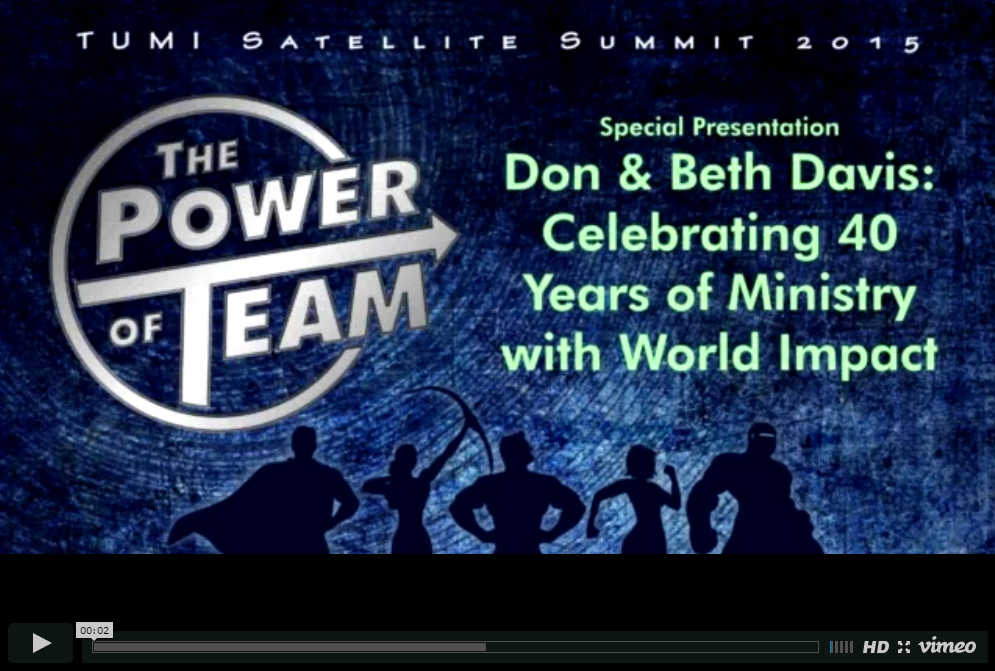 Dr. Davis has authored a number of books, curricula, and study materials to equip urban leaders, including the Capstone Curriculum, TUMI's premiere 16 module distance education seminary instruction. One of his latest books, Sacred Roots: A Primer On Retrieving the Great Tradition, focuses on how urban churches can be renewed through a rediscovery of the historic orthodox faith. Dr. Davis has participated in academic lectureships such as the Staley Lecture series, renewal conferences like the Promise Keepers rallies, and theological consortiums like the University of Virginia Lived Theology Project Series. Don received the Distinguished Alumni Fellow Award from the University of Iowa College of Liberal Arts and Sciences in 2009. He is also a member of the Society of Biblical Literature, and the American Academy of Religion.

Don has been married to Elizabeth (Beth) since February 1975. Their oldest son, Matthew David, was 26 years old when he went home to be with the Lord in August of 2003. They have two other grown children, Joanna Davis-McEligatt, an Assistant Professor of Black Library Studies at University of North Texas, and Daniel, who serves as an IT and Media Specialist with The Urban Ministry Institute. Perhaps most important of all, Don and Beth are proud grandparents of August, 10, (belonging to Joanna and Colin), and Nadia, 16, Eleanora, 8, and Daniel Jr, 4 (belonging to Daniel and JennElaine).

Dr. Davis Summary Bio
Dr. Don Davis, founder and director of The Urban Ministry Institute, has been involved in urban ministry and missions with World Impact since 1975. He has spent his entire ministry career seeking to raise up a new generation of qualified spiritual leaders, pastors, and church planters who can build up Christ's church in the most vulnerable and unreached urban communities in America and across the world. As of June 2020, TUMI currently supports 311 TUMI satellites in 20 countries (64 sites of which in prisons). He is a graduate of Wheaton College (B.A., Biblical Studies) and Wheaton Graduate School (M. A., Systematic Theology,) with summa cum laude honors in both degrees respectively. He earned his Ph.D. in Religion (2000, Theology and Ethics) from the University of Iowa School of Religion. A recipient of numerous teaching and academic awards, he has also authored a number of books, curricula, and study materials all to equip, empower, and release biblical leaders to serve the Church of Jesus among the poor and oppressed, and display Kingdom transformation where they live and minister. He married his wife, Beth in February 1975 and together they have three children (one deceased), and four grandchildren.

Dr. Davis' Weekly Expository Teaching
TUMI follows the readings of the Bible outlined by the Revised Common Lectionary in our weekly services together, and worship and teach in our times together informed by those Scriptures as well as our annual theme, all shaped by the observances of the Church Year.  Listen along with us as Dr. Davis presents on topics related to our theme and the Church Year.  His expository sermons are Scripturally based, Christ-centered, urban-flavored, and spiritually refreshing!  This link will take you to the latest TUMI teaching in our worship (https://tumiannual.com/).  We make these available to encourage you in your walk with Christ, and to to inspire you to a greater love for and knowlege of our Savior!