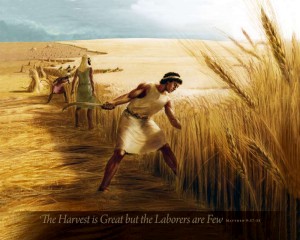 Matthew 9:35-38 (ESV) And Jesus went throughout all the cities and villages, teaching in their synagogues and proclaiming the gospel of the kingdom and healing every disease and every affliction. [36] When he saw the crowds, he had compassion for them, because they were harassed and helpless, like sheep without a shepherd. [37] Then he said to his disciples, "The harvest is plentiful, but the laborers are few; [38] therefore pray earnestly to the Lord of the harvest to send out laborers into his harvest."

John 4:34-35 (ESV) Jesus said to them, "My food is to do the will of him who sent me and to accomplish his work. [35] Do you not say, 'There are yet four months, then comes the harvest'? Look, I tell you, lift up your eyes, and see that the fields are white for harvest.

The vastness of the urban mission field and the shortage of workers demands that we who love Christ and the city work together to leverage our efforts for maximum impact for good. In an attempt to advance the Kingdom through strategic partnerships with other like-minded organizations, TUMI strives to combine its efforts with others who are interested in providing their leaders with quality, affordable, and credible Christian leadership education.